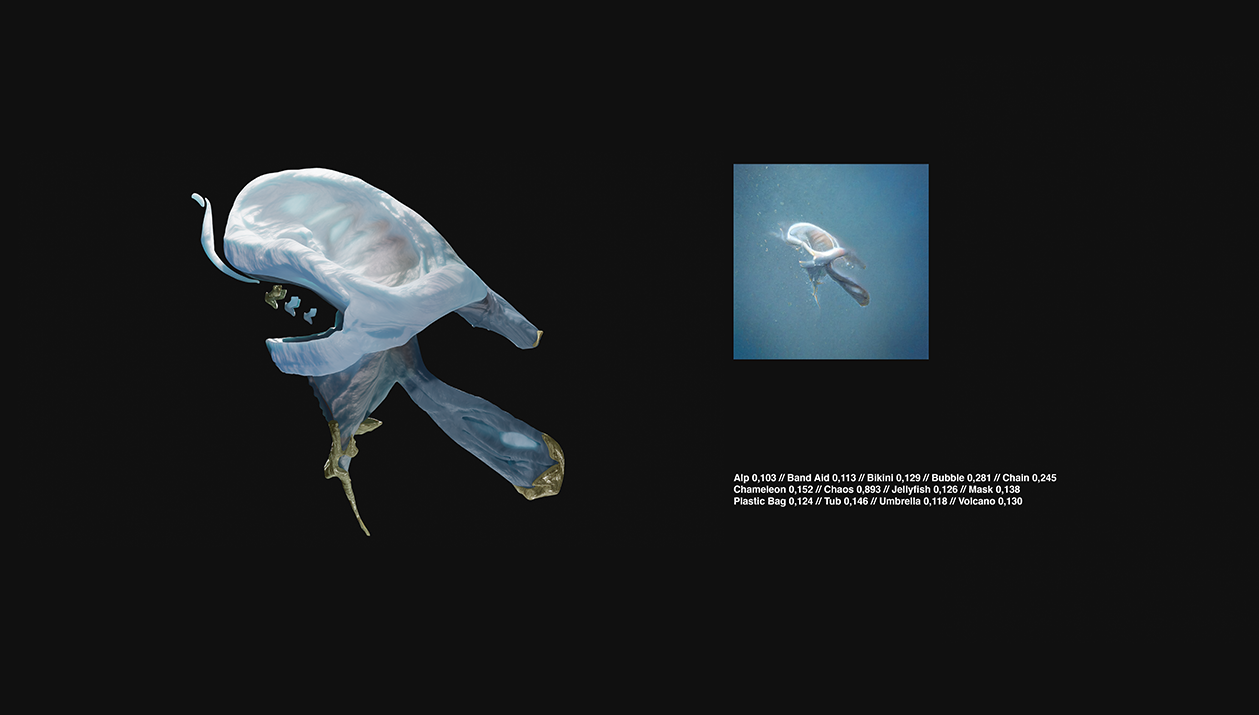 Attempts to give artificial intelligence a physical form, or a future way of working. The original images are created through training of a Neural Network with datasets of pictures, those datasets can be re-trained, re-used and re-combined to create the desired pixeldata. A human brain can interpret form, light situation and materials out of those pixelcombinations.

Hand in hand with machine and artificial intelligence, multimedia objects are created that foreshadow a time into which humanity has yet to enter.

A time in which our fears prove to be unjustified, the fear that we could make ourselves obsolete, that our own inventions could replace us, the fear that sooner or later robots will rebel against the tyranny of humanity. In this time, a symbiosis has already taken place, human, machine and artificial forms of intelligence have come together in a common spectacle, exploring in a dance-like and alien way new conceptual spaces.